With hours of networking opportunities and daily social events, the Pathologists Leadership Summit is an opportunity to make connections that matter. Advance your career and practice by interacting with the most respected leaders in pathology.

Dan Harris is a former co-anchor for the weekend edition of Good Morning America on ABC News, as well as a former correspondent for such broadcasts as Nightline and World News Tonight. He is also the author of 10% Happier, a #1 New York Times best-selling book about a fidgety, skeptical news anchor who stumbles upon meditation. This ancient practice—too long associated exclusively with hippies and robed gurus—has been shown by modern science to boost resilience focus, creativity, emotional intelligence, and overall mental and physical health. With meditation and mindfulness now being embraced by executives, athletes, educators and entertainers, Harris has become a leading voice for pushing for the practice into the mainstream, using plain English and dry humor. 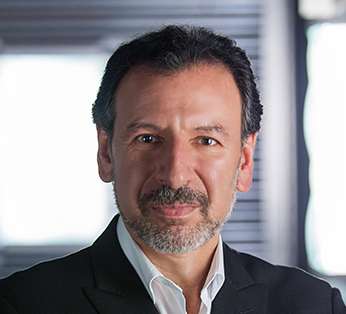 Healthcare on the Precipice: The Promise and Perils of Healthcare’s Future

Tom Koulopoulos is Chairman and founder of Delphi Group, a 30-year-old Boston-based think tank named one of the fastest growing private companies by Inc. Magazine, and the founding partner of Acrovantage Ventures, which invests in early-stage technology startups. He is also the author of 13 books, an Inc.com columnist, the past Executive Director of the Babson College Center for Business Innovation, the past director of the Dell Innovation Lab, and a professor at Boston University.
Read more

His insights have received wide praise from luminaries such as the late Peter Drucker, the father of modern management; Dee Hock, founder of Visa International, and Tom Peters, who called his writing, “a brilliant vision of where we must take our enterprises to survive and thrive.” His Inc. column is read by over one million people yearly.

Mr. Koulopoulos’ thirteen books include his most recent, Reimagining Healthcare, The Bottomless Cloud, Revealing the Invisible, The Gen Z Effect, and Cloud Surfing. His upcoming book, Gigatrends, looks at the seven tech trends that are shaping the future of how we live, work, and play.

Tim Manning serves as Supply Coordinator for the White House COVID-19 Response Team, organizing the federal effort focused on securing, strengthening, and ensuring a sustainable pandemic supply chain, working with departments and agencies to ensure there is sufficient personal protective equipment, tests, vaccines and related supplies and equipment. Prior to joining the White House COVID-19 Response Team, he had been an advisor and executive with the Pacific Disaster Center, a global applied research center managed by the University of Hawaii and served on the faculty of the Disaster and Emergency Management studies program at Georgetown University.
Read more
Manning has spent his entire career focused on managing crises, previously serving as Deputy Administrator of the Federal Emergency Management Agency for Protection and National Preparedness, the Secretary of Homeland Security and Emergency Management for the State of New Mexico, as a firefighter-EMT, rescue mountaineer, and geologist. Raised just outside Chicago, Manning is a graduate of Eastern Illinois University and the University of St. Andrews.

Dr. Stenzel directs the FDA’s Office of In Vitro Diagnostics and Radiological Health (OIR) and has an extensive background, spanning more than 20 years, in executive leadership, innovation, companion diagnostics, research and development, FDA regulations, and clinical laboratory operations. He received his M.D. and Ph.D., in Microbiology and Immunology, focusing on the Molecular Biology of DNA Replication, from Duke University after graduating with Honors in Chemistry from Grinnell College. Following his residency at Duke University, Tim was recruited to create Duke’s Clinical Molecular Diagnostics Laboratory and served as the Director, Clinical Molecular Diagnostics and Medical Director, Cytogenetics.
Read more

He also joined the faculty of the Duke University School of Medicine and served as an Assistant Professor of Pathology where his research focused on cancer and genetics, as well as directed the Clinical Cytogenetic and Molecular Diagnostics Laboratories and taught in the School of Medicine. While at Duke, his research laboratory was funded by the NIH/NCI and private agencies to study the molecular genetics and develop novel molecular diagnostics testing for the early detection of breast cancer and the diagnosis and treatment of brain tumors and by the CDC to perform research in the area of performance evaluation and quality assurance for genetic testing. He is board certified in Molecular Genetic Pathology and Anatomic and Clinical Pathology.

In his last position, from 2014 to 2018, Tim served as Chief Operating Officer (COO) at Invivoscribe (San Diego, CA), focusing on Companion Diagnostics and Next Generation Sequencing/Massively Parallel Sequencing in Oncology. During his career prior to joining the FDA, he has played important roles in the development and launch of more than 30 In Vitro Diagnostics (IVD) products, as well as numerous unique laboratory developed test (LDT) services, including the FDA approved companion diagnostic for Novartis’ drug Rydapt and the world’s first clinical microRNA assay (for pancreatic cancer detection). Other experience includes serving as Chief Scientific Officer and founder of the Molecular Diagnostics franchise at Quidel (San Diego, CA), Chief Medical Officer and Vice President of Research and Development at Asuragen (Austin, TX), and Senior Director for Medical, Regulatory and Clinical Affairs at Abbott Molecular (Des Plaines, IL). He served as a Board Director at the ACMG Foundation for Genetic and Genomic Medicine from 2008 to 2013. He has served on the ACMG/CAP Biochemical and Molecular Genetics Resource Committee from 1996 to 2005, the AMP Finance Committee from 2012 to 2018, the AMP Strategic Planning Committee from 2007 to 2009, as the AMP Chair-Elect and Chair of the Solid Tumor Division from 2003 to 2004, the CAP Molecular Oncology Committee from 2013 to 2018, and as a Member of the CAP House of Delegates from 2011 to 2017.

As the OIR Director, Tim advises FDA leadership on all regulatory (pre-market and post-market) for in vitro diagnostics, radiological medical devices, and radiation-emitting product issues that have an impact on Center and Agency level decisions, policy development, nationwide program execution and short and long-range program goals and objectives as well as provide executive leadership and scientific direction to the OIR staff.

Take advantage of an amazing opportunity and participate in our annual Hill Day event. Held virtually this year, you will meet with your representatives or senators in Congress and educate them on the health care issues impacting pathology. Participating in virtual Hill Day visits is the single best way to advocate on behalf of your profession. Meeting with your members of Congress will help you develop a relationship with their offices and establish yourself as a resource on health care issues. 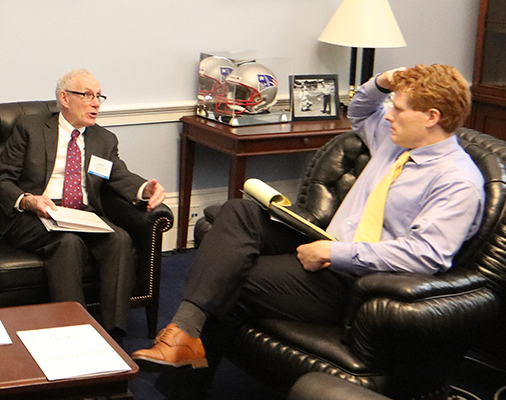 PathPAC is hosting a Zoom reception with Congressman Larry Bucshon, MD, a cardiothoracic surgeon from Indiana, who sits on the powerful Health Subcommittee of the House Energy and Commerce. In 2020, he introduced H.R. 8702, Holding Providers Harmless from Medicare Cuts During COVID-19 Act of 2020, which helped decrease the 2021 pathology Medicare cuts from -9% to -2.25%. Since coming to Congress, Rep. Bucshon has been a champion for advancing patient-centered health care reforms that will give patients and their doctors the freedom to make their own health care decisions. The Congressman will be providing a physician’s overview of Congress’s health care priorities for 2021.

To participate in this event, a $50 contribution to PathPAC is required, $25 for residents. Note, you will need to log in to make your contribution and you will receive the Zoom information via the email the day before the event.